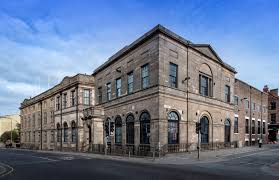 The historic family-owned marine business announced in September it was relocating around 150 staff from 105 and 91 Duke Street, which have been home to the group for a quarter of a century, to 20,000 sq ft premises at Exchange Flags.

The group has taken two floors at Walker House, which is part of the wider 360,000 sq ft grade two-listed office-led site in Liverpool city centre. The move is expected to complete by the end of the year.

A subsidiary, Bibby Financial Services, will remain at its office on Princes Parade and is unaffected by the move.

Agency Avison Young advised Bibby Line Group on the sale of the Duke Street properties to Cert, a Manchester-based developer, which intends to refurbish the building to create new office space.

Howard Lord, managing director of Cert, said: “Our intention is to create a contemporary working environment for businesses of all sizes, whilst celebrating the building’s stunning heritage features.

“We will be working in collaboration with a fantastic delivery team and look forward to releasing more details of our plans in due course.”

Ian Steele, principal at Avison Young, said: “We understand that it is the purchaser’s intention to retain the building on Duke Street for office use which is really positive news, as Liverpool has lost in excess of two million sq ft of office space to other alternative uses during the course of the last few years.”

The sale “supports the continued growth and investment in the Ropewalks area” of the city, which has undergone substantial regeneration in recent years, he added.

Cert Property Group was advised by B1 Real Estate.